The nominations are in for the Media Awards 2022!


The ceremony is in two weeks and will be the first in-person Media Awards since 2019. We've had an incredibly difficult job finalising the nominations - the quality level at both GCSE and A Level is superb and there has been a lot of very good work that hasn't made the cut. 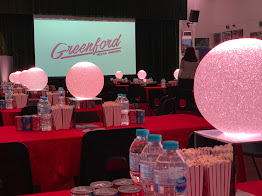 If you haven't been before, the Media Awards is our Oscars-style ceremony where we award trophies for the best Media coursework at GCSE and A Level. It's a major event in the Greenford calendar and tickets have completely sold out whenever we have run the event in the past. The details for this year's awards:

Tickets will go on sale on Monday 27 June (exclusive presale for Media students) before tickets go on general sale on Wednesday 29 June.

Remember - you need to be quick. The event sold out in just four days when it last took place in 2019! 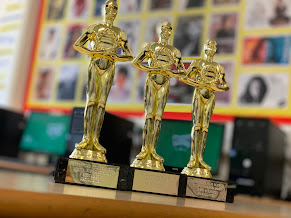 Best Actress and Actor
BEST ACTOR 2022
Gamid
Kaidian
Diako
Shreyam
BEST ACTRESS 2022
Lilly
Orkena
Nasra
Watanpreet
Congratulations to all our nominees and we look forward to seeing you at the Media Awards on Tuesday 5 July!
Posted by Macguffin at 10:24 AM No comments:

Posted by Macguffin at 12:00 PM No comments:

Posted by Macguffin at 11:59 AM No comments:

Posted by Macguffin at 11:58 AM No comments: